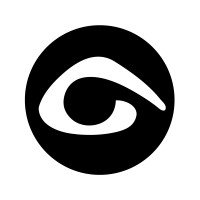 Like many villages in Ireland, the modest present day facade of Ballyboy belies a history that has seen the rise and subsequent fall of an early Christian monastery. Founded by St. Bridget, this monastery was visited by many armies and historical figures in the early years including Hugh O’Neill, the Normans and Oliver Cromwell.

Ballyboy/Baile BuÍ – the town of the Yellow Ford is a small picturesque village. It is nestled at the bottom of Knockhill between the majestic Slieve Bloom Mountains and the iconic Bog of Allen near Kilcormac Co. Offaly. Like most rural Irish villages, Ballyboy residents have a keen awareness of local history but are not bound or restricted by it, encompassing a spirit of community and friendship of which they can be proud. This is a tight knit community where people support each other, working together for the common good with an energy that is positively infectious.

Accomplished local musician Sharon Carroll began teaching Tin Whistle in Ballyboy in the mid-nineties. Positive work ethic, skill and dedication proved fruitful as her students embarked on a steady progressive and magical music journey over the years. Today, Sharon is Principal Tutor at our music school where she continues to inspire students, fellow tutors, parents and friends alike.

Ballyboy is home to well known musician and singer/songwriter, Paddy Buckley who has worked tirelessly over the years co-ordinating numerous social events, concerts and festivals including the successful Kilcormac Busking festivals 1992 to 1997 and the Lúnasa festivals at Kinnitty Castle to mention a few. Elected to the Committee of Kilcormac CCÉ in 1993, Paddy was influential in organising successful County and Leinster Fleadhanna Cheoil in Kilcormac.

The idea of a Comhaltas branch in Ballyboy surfaced in the year 2000. Music classes were growing in popularity and sessions were well established. The importance of nurturing a growing traditional music culture was foremost in his mind when Paddy discussed the idea within the locality. Renowned Set Dancing teacher, Comhaltas stalwart and fellow Committee member of Kilcormac CCÉ, Nora Carroll had a great affinity for the village and she duly informed the County Board of our intention to form a branch in Ballyboy. Nora is a long serving member of Comhaltas and has given excellent service at County Board and Branch level through the years.

On September 28th, 2000, a meeting was held in “Dan & Molly’s”. This was attended by the Chairperson and Secretary of the County Board, Tom Bourke and Eileen Swords respectively. In addition, a significant number of interested people living in the locality were in attendance to witness the founding of Ballyboy CCE.

The first junior session of Ballyboy Comhaltas took place October 20th, 2000 followed by a senior session. Since its inception, monthly sessions which are even more popular today have been an integral feature over the years – the heartbeat – of the branch. The session provides learning opportunities in abundance, social interaction, confidence building and enjoyment on so many levels as people communicate through music. The informal nature of the session creates a pleasant social dimension in contrast to the structured concert performance, it ensures a relaxed entertaining atmosphere, the value of which should not be underestimated.